The Official Forum of The Grail Lords
Would you like to react to this message? Create an account in a few clicks or log in to continue.

Dear Seekers, after the Autumn Event, some Seekers suggested to add auctions on a monthly base, offering a chance to everybody (with money) to purchase rare equipment.
Today, I'm happy to present you our first concept about these -possible- auctions. Feel free to leave a comment, contribute to the concept or add additional suggestions below.

These auctions would happen once a month (for example each second week) and only 1 randomly selected piece of equipment would be available. So adding an additional 12 pieces of equipment per year into the Realm.
The auction would happen in The Grail Monastery, Seekers being in the Monastery can bid for free, while Seekers who aren't in the Monastery can bid on items for an additional money fee.

- One item would be randomly selected, being either rare, epic, exceptional or legendary.
- Exclusion of newly added equipment (to keep them more exclusive for the event winners).
- Special related quest items (Fred's Staff for example).
- Seekers can donate tokens to increase the chance on having a higher rarity for the upcoming auction.
- unused Tokens would be carried over to the next auction.
- this would be a common effort, similar like the Grail Blessing.
- To take of pressure, the bidding dead-line would be extended with another 10 minutes after each bid, always allowing Seekers to outbid the highest bidder.
- Once a Seeker won the auction, he/she has to pay and claim the equipment within a week. Failing to do so will result in punishment:
- Jail Time in The Monastery.
- Exclusion from further auctions.
- In case the winner doesn't claim the prize, the second last bidder will have the opportunity to take the prize for his/her last bid.

Edit: After discussing the concept in the Grail Tavern, we decided that all bids have to be deposited in advance to avoid fraud. Seekers will be able to either increase their current bid or redraw (and get their money back instantly). After the auction all money will be returned to the bidders except for the winner (who also paid in advance) making it much harder to abuse the auction.
_________________

* Some equipment needs to be exclusive to events. Events sucks up so much energy and consumables that it'd be annoying if someone could just buy the same piece of equipment for a few gold.
* If you're clever about it, make the bids in Grail Tokens

* Sniping can be avoided by 5 minute rule, not 10 minute (just takes longer for everyone).
* Not sure the realm needs a lot of gold removed? Not seeing much inflation, quite the contrary.

I don't understand the problem we're trying to solve here? Except that some people want the chance to buy rare equipment rather than take their chances normally? Which...isn't a problem.

But besides that, I just hate the whole concept of the auction as it has been set out.

If you're really, REALLY insistent that you want to do this, just do a blind auction (everyone puts their bid in, highest wins) and have done with it, rather than force people to sit online for the last hour or so.

When Lord Aro say Auction for player (with money), I know that not for me, but I still curious what weapon on the auction later.
PS: I hope player can add their item for auction too

So have to be in The Grail Monastery with lots a gold on a certain day and time, to be able to bid?

Doesn't sound fair with the game style here, too many people wouldn't be able to be here at a certain time.

Seems to me that 'legendary', for example, shouldn't mean "available for purchase". If this were confined to Uncommon or Rare items, it could be a way to redress any unintentional imbalance (how many Pie Forks are there compared to other Uncommon?) but I would be actively opposed to allowing Seekers who chose the way of money to gain equipment as well.
(I have neither money nor equipment atm, so though I may be misunderstanding I am at least objective).

I like the idea to get 12 more pieces into the game but again the ones with money to throw away will get it. I would like to see it more like a lottery type of deal where the little guy with 1 ticket could with a big amount of luck win from the big guy with 100 tickets

Edit: this comment is only if a player doesn't sell their items themselves but rather the big guy in the Sky magically creating items for the players 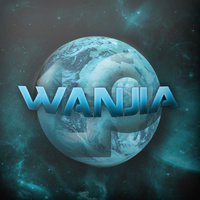 I like the idea of a auction.
I also understand the desire of some players to hold on to what they have to make it more valuable or to keep others from it.
The auction doesn't force anyone to sell there stuff. It allows those who want to to get a fair price for what they want to sell.
I am not in favor of a lottery and if one player with a lot of cash wants to buy up all the auction items, then that is his/her choice.
I also don't like the idea of someone posting an item for 100G and then it locks up the auction for a month on something that is worthless for most players.

What I think would work is to having a min bid and buy price for each item auctioned.
The min bid is the amount that has to be bidded to enable the auction process.
The buy price is the price for someone to purchase the item and end the bid.
The duration is for set time by Aro or the bidder.
Only one item a month, quarter or six months can be bidded on by any one player.
More than one bid can be available at a time.

My opinion a bad idea. Only seekers the pay to play will win. Thay will out bid everyone. If they are banned form bidding, they will ask another player to get it for them and trade it

Guys the whole point is to get richer players to part with their cash and remove some of the money from the game.

This argument about "only the rich will take part"-- yeah... that's the idea.

it doesn't matter if people stockpile supplys, food or potions you can only spend them so fast anyways, i dont understand why everyone worried about un-used supplies in ones inventory, that happens in all games.  either they will spend them or they wont.  there will always be a surplus.

the players that pay with real cash or tokens here are a small elite group, that buy tokens for everything try ram head.

that why i dont bother with events, its those players always on top